Please access our Crisis Support webpages for staff and students if you require immediate support in an emergency.

Please access our SafeZone App which is accessible to both students and staff and promotes safety in a number of ways.

The University of Wolverhampton safeguarding responsibilities relate to:

The safeguarding of children and adults at risk in addition to all of the wider University community consisting of staff, students, apprenticeship learners, visitors and contractors engaged by the University and anyone who may come into contact with a child or an adult at risk; as part of their work; or associated activities. The policy is applicable in respect of all activities, including leisure centre activities and research activities.

All members of staff who come into contact with children and/or adults at risk are in a position of trust and are responsible for being aware of this and should act accordingly in ensuring their role in the University’s duty of care is fully carried out.

Confidential reporting for staff and students

Angela Spence is the University Governor responsible for safeguarding. 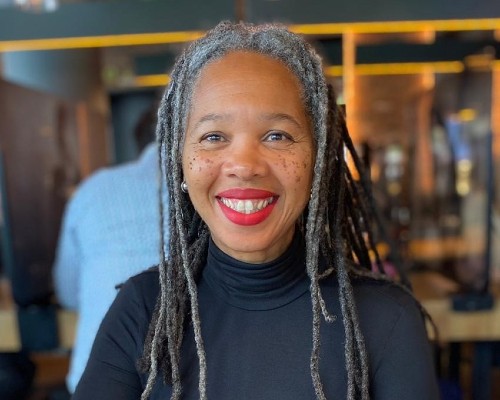 Samantha Waters is the University's Designated Safeguarding Lead, and the University Secretary based in the Offices of the Vice-Chancellor. 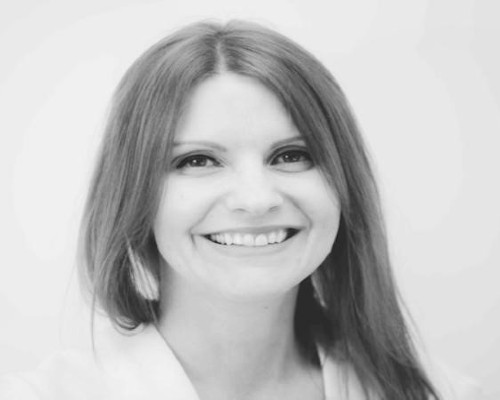 Leigh Clarke is a Deputy Designated Safeguarding Lead, and the Director of Health, Safety and Resilience based in the Health and Safety department. 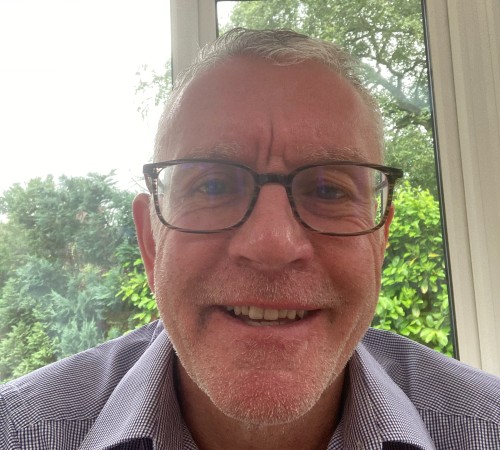 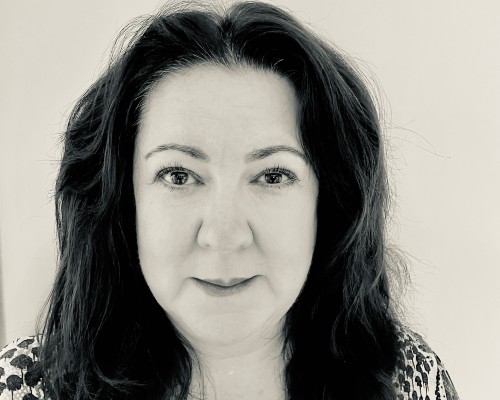 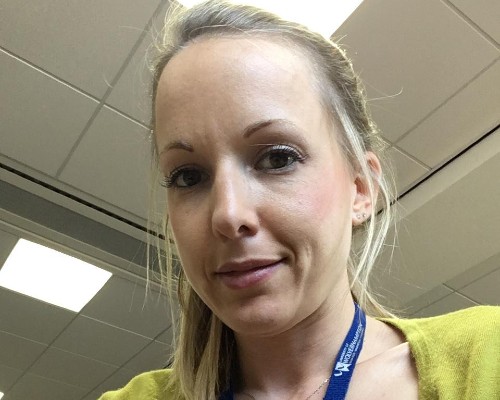 Aisla Nicholls is a Deputy Designated Safeguarding Lead, and Deputy Director of HR based in the Human Resources department. 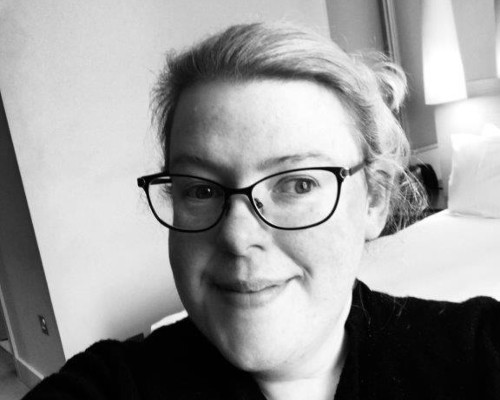 Support for staff and students

Child sexual exploitation (CSE) is a type of sexual abuse. It occurs when a person or group takes advantage of an imbalance of power, and a young person is exploited by being given things, like gifts, drugs, money, status and affection, in exchange for performing sexual activities. The victim may have been sexually exploited even if the sexual activity appears consensual. Children and young people are often tricked into believing they're in a loving and consensual relationship. This is called grooming. These young people may trust their abuser and not understand that they're being abused. Child sexual exploitation can also occur through the use of technology and does not necessarily have to involve physical contact.

Anybody can be a perpetrator of CSE, no matter their age, gender or race. The relationship could be framed as friendship, someone to look up to or romantic. Children and young people who are exploited may also be used to 'find' others to join groups.

Child Criminal exploitation is abuse when children/young people are manipulated and coerced into committing crimes. Gangs are a way of exploiting young children by grooming them. Gang membership can be linked to illegal activity, especially organised criminal gangs involved in trafficking, drug dealing and violent crimes.

County Lines is a police term for urban gangs exploiting young people into moving drugs or money from a hub into other markets, suburban areas and coastal towns using dedicated mobile phone lines. This can involve children being trafficked away from their home area and staying in accommodation whilst selling and manufacturing drugs.

Forced marriage is a marriage in which one or more of the parties are married without their consent or against their will. Violence, threats, or any other form of coercion is used to cause a person to enter into marriage. Threats can be physical or emotional, and psychological.

Forced marriage is illegal in England and Wales. This includes taking someone overseas to force them to marry (whether or not the forced marriage takes place) and marrying someone who lacks the mental capacity to consent to the marriage (whether they’re pressured to or not).

Homelessness is lacking stable and appropriate housing. People can be categorized as homeless if they are: living on the streets (primary homelessness); moving between temporary shelters, including houses of friends, family and emergency accommodation (secondary homelessness); living in private boarding houses without a private bathroom or security of tenure (tertiary homelessness). Homelessness presents a real risk to a child’s welfare. Indicators that a family may be at risk of homelessness include household debt, rent arrears, domestic abuse and anti-social behaviour, and the family being asked to leave a property. Any designated safeguarding lead (or deputies) should be aware of contact details and referral routes into the Local Housing Authority so they can raise concerns as soon as possible.

Most parents or carers who drink alcohol or use drugs are not at risk to children, but if their drinking or drug use becomes harmful, this is substance misuse, and it can stop them from providing safe care to children, especially when combined with other features such as domestic violence, mental illness and should prompt careful consideration as to how families can be supported and where necessary children/young people protected.

Children and young people can also place themselves at risk through their own use of drugs or alcohol. This activity increases their vulnerability to other forms of harm. Substance misuse can have negative effects on children and young people at different stages in their lives. These include physical and emotional abuse or neglect, behavioural or emotional problems, having to care for parents or siblings and poor attendance at school or low grades, to name just a few.

Abuse linked to faith or belief is where a belief could cause concerns for a child’s welfare in witchcraft, spirit or demonic possession, ritual or satanic abuse or when practices linked to faith or belief are harmful to a child. For example, significant harm (including murder) can occur because of concerted efforts to ‘excise’ or ‘deliver’ evil from a child or vulnerable adult. Fear of the supernatural is also used to make children comply with being trafficked for domestic slavery or sexual exploitation.

Hazing or initiation ceremonies refer to the practice of rituals, challenges, and other activities involving harassment, risk, abuse, pain or humiliation used to initiate a person into a group. College or university hazing often entails excessive alcohol consumption and ritualized pain endurance. It may include physical or psychological abuse.

Radicalisation is defined as the process by which people come to support terrorism and extremism and, in some cases, to then participate in terrorist groups. Children and young people who are at risk of radicalisation may have low self-esteem or be victims of bullying or discrimination. Extremists might target them and tell them they can be part of something special. Radicalisation can be really difficult to spot.

Some signs include isolating themselves from family and friends, unwillingness or inability to discuss their views, a sudden disrespectful attitude towards others and increased secretiveness, especially around internet use. However, these signs don't necessarily mean a child is being radicalised – it may be normal teenage behaviour or a sign that something else is wrong.

Modern slavery is the severe exploitation of other people for personal or commercial gain. People can become entrapped and controlled and can face violence or threats, be forced into inescapable debt, or have their passport taken away and are being threatened with deportation. Many fall into this oppressive trap simply because they were trying to escape poverty or insecurity, improve their lives and support their families.

Human trafficking includes, at a minimum, forms of sexual exploitation, threats or coercion to transport, recruit or harbour people to exploit them by forced labour, slavery or practices similar to slavery, criminality, marriage, servitude or organ removal.

Sexting is sending, receiving, or forwarding sexually explicit messages, photographs, or videos, primarily between mobile phones, of oneself to others. It may also include the use of a computer or any digital device. Under 18s, sharing images and videos via text message, email, social media, or mobile messaging apps has become commonplace. Imagery of a sexual nature, however, via photos or videos involving anyone under the age of 18 is illegal. Sexting between adults is legal, but it’s against the law to send a nude or any sexual image or video to someone under 18. Asking for or viewing sexual images of someone who’s under 18 is also a crime. Sharing or threatening to share someone else’s nudes or sexual videos without their consent is against the law, even if they are over 18.

If somebody physically hurts you or verbally abuses you, that’s bullying. Specific types of bullying can include homophobic bullying based on your sexual orientation, racist bullying, religious bullying, bullying because you are different, sexist bullying focusing on you being of the opposite sex and cyberbullying targeting you online, often anonymously. Unlike bullying offline, online bullying can follow a person wherever they go, via social networks, gaming and mobile phones.

It's usually repeated over a long period of time and can hurt children, young people and vulnerable adults both physically and emotionally. At its worst, bullying has driven people to self-harm and even suicide. Bullying, which takes place in educational places, can be a barrier to learning and have serious consequences to mental health and have a lasting effect on young people’s lives well into adulthood.

Domestic abuse is a pattern of behaviour on the part of the abuser designed to control, coerce or threaten a partner. It can happen at any point in a relationship, including after you have split up. Anyone forced to change their behaviour because they are frightened of their partner or ex-partner’s reaction is experiencing abuse.

Female genital mutilation (FGM) is a procedure where the female genitals are deliberately cut, injured or changed, but there's no medical reason for this to be done. It's also known as female circumcision or cutting and by other terms. It is usually carried out on young girls and is a form of child abuse. It's dangerous, can seriously harm the long term health of women and girls and is a criminal offence in the UK.

Honour based violence or abuse is a collection of practices used to control behaviour within families in order to protect perceived cultural and religious beliefs and honour. Violence can occur when perpetrators perceive that a relative has shamed the family and/or community by breaking their honour code and can include multiple perpetrators.

Mental health refers to cognitive, behavioural, and emotional well-being. It is about how people think, feel, and behave. Mental health can affect daily living, relationships, and physical health. However, factors in people’s lives, interpersonal connections, and physical factors can all contribute to mental health disruptions. Mental health is important at every stage of life, from childhood and adolescence through to adulthood.

Neglect includes not being provided with enough food or the right kind of food or not being taken proper care of.  Leaving you without help to wash or change dirty or wet clothes, not getting you to a doctor when you need one, or not making sure you have the right medicines all count as neglect. 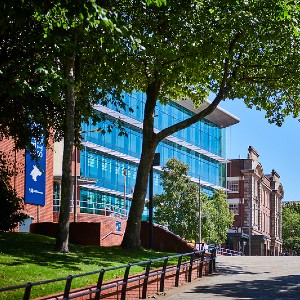 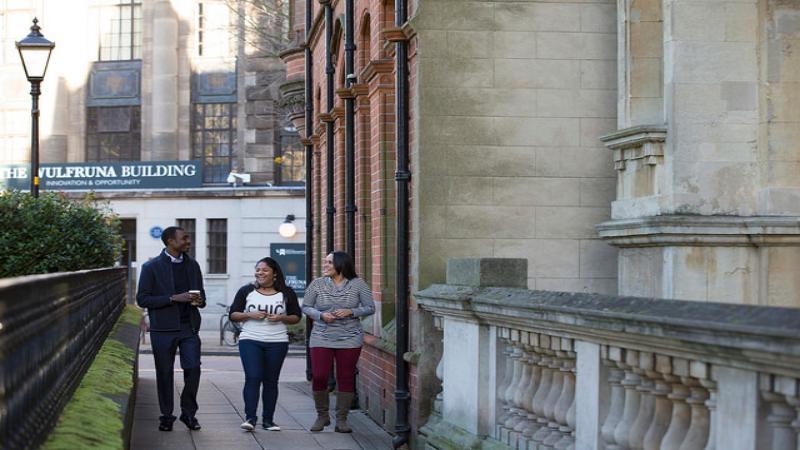 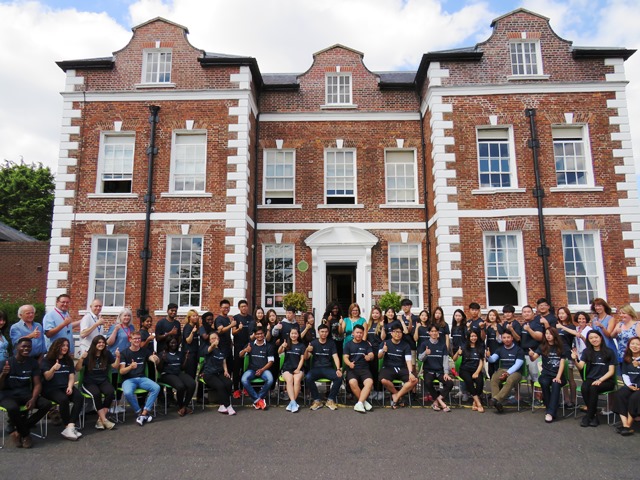 Keeping Children Safe in Education - Guidance when you work with children 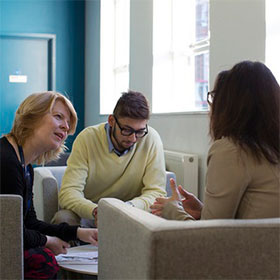 The below 'Keeping Apprentices Safe’ booklet sets out the importance of Safeguarding and PREVENT at the University, our Zero-tolerance approach to any forms of discrimination, prejudice or bullying and harassment and sets out our Safeguarding Pledge.

It focuses on the support that is available to apprentice learners and how you can reach out to us for support as your employers.